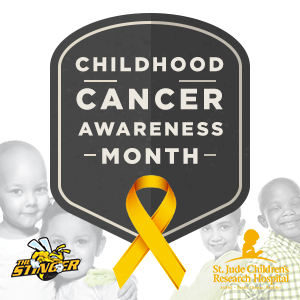 St. Jude is leading the way the world understands, treats and defeats childhood cancer and other life-threatening diseases. Since the hospital opened its doors in 1962, the treatments invented at St. Jude helped push the overall survival rate for childhood cancer from 20 percent to more than 80 percent today.

Window World Cares, founded in 2008, supports the children and families of St. Jude through year-round philanthropic efforts, including the annual walk. This was the sixth consecutive year that Window World offices nationwide participated in this St. Jude event. This year, Window World teams raised nearly $130,000, securing fourth place in donations among companies nationally. In addition, four Window World teams ranked No. 1 for their respective markets. The Window World Corporate team raised more than $23,500, the most of any group in the Charlotte region. Chairman and CEO Tammy Whitworth raised a total of $5,830 individually, earning her place as the top fundraiser for the Charlotte event.

“We constantly look for ways to integrate this special cause throughout our company,” said Whitworth. “This year alone, we expanded our efforts through new partnerships and by strengthening our existing programs, including The Stinger.”

Earlier this year, Window World announced its sponsorship of the Rob Holland Ultimate Airshows 2015 season, which included displaying St. Jude’s logo in front of international audiences. In June, the company participated as the national presenting sponsor of the St. Jude Presents John Rich and Friends concert for the fourth year in a row. This December, Window World will visit Memphis for the annual “Window World Day” at the hospital, a themed celebration to honor patients and their families.

Continuing its year-round support, Window World looks forward to the May 2016 auction of its custom IndyCar, The Stinger. One of Window World Cares’ largest projects, the car has raised significant funds for St. Jude Children’s Research Hospital. The Stinger’s journey will come to an end at its auction, after which one hundred percent of the funds from its sale will be donated directly to the hospital.

Window World Cares was founded in 2008 by Tammy Whitworth and her late husband, Todd. The foundation provides funding for St. Jude Children’s Research Hospital®, where it was named New Corporate Partner of the Year in 2010. Since its inception in 2008, the foundation has raised over $5 million for St. Jude. To learn more about Window World Cares or to donate, visit www.WindowWorldCares.com.

St. Jude Children’s Research Hospital is leading the way the world understands, treats and defeats childhood cancer and other deadly diseases. St. Jude has the world’s best survival rates for the most aggressive childhood cancers, and treatments invented at St. Jude have helped push the overall childhood cancer survival rate from 20 percent to 80 percent since we opened more than 50 years ago. St. Jude is working to drive the overall survival rate for childhood cancer to 90 percent in the next decade. St. Jude freely shares the breakthroughs we make, and every child saved at St. Jude means doctors and scientists worldwide can use that knowledge to save thousands more children. Families never receive a bill from St. Jude for treatment, travel, housing or food – because all a family should worry about is helping their child live. Join the St. Jude mission by visiting stjude.org or following St. Jude on Facebook and Twitter.